The main focus of this update is to improve the usability and aesthetics of the user interface. The layout and colours may still be changed in future updates.

The user interface is now scaled to remain roughly at the same size regardless of display resolution. You can change the size at any time (except in editors) by pressing the shortcut keys CTRL & Numpad+/-. If you prefer the unscaled interface of the earlier versions, you can enable it by ticking the "constant pixel size" checkbox from the settings.

The old keys for changing cabs ("change vehicle" and "change panel") have been replaced with simpler "move to next panel in front/rear" keys. The keys are insert and delete by default.

HUD helpers are now enabled and disabled from the HUD itself, rather than from the "Tutorials" button in the old version. Press Esc during the simulation to open the pause menu and click on the checkboxes to show or hide each helper (see image below). 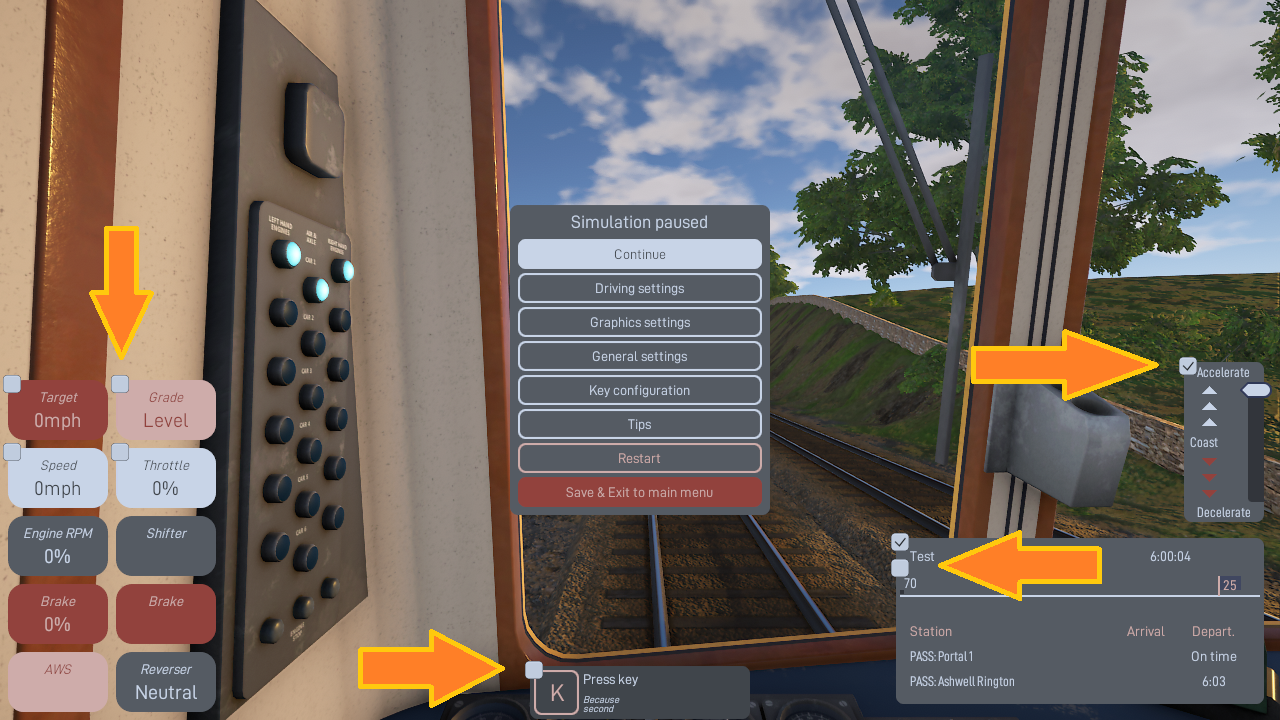 Runs saved with the earlier version are incompatible with this one, so you may get an "error loading saved run" message when trying to continue your last run.

The next update will be the second part of the user interface updates, adding support for translating the game to different languages.